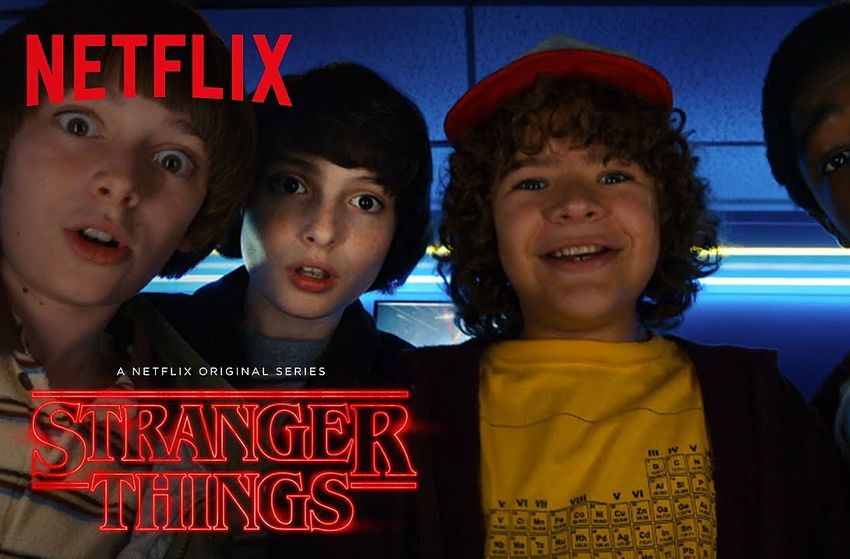 Things in Hawkins still aren’t right side up…

A new Stranger Things season 2 (aka Stranger Things 2) trailer was released recently at San Diego Comic-con. Check it out below and then read our thoughts on the awesome, new trailer.

The trailer is set Michael Jackson’s “Thriller” and it seems that the residents of Hawkins, Indiana face a much bigger threat this season than before. Here are a few thoughts after watching the trailer many, many times.

Dustin’s shirt is from the future…

No but really. He is wearing a periodic table of elements shirt that includes 10 elements not discovered during the time period of the show. Proof. I know it’s not in anyway crucial to the story, but I found it funny.

Will is still experiencing upside-down episodes

There is a scene in the trailer where Will is suddenly having a vision of the Upside-Down at the arcade. We first saw these visions at the end of season 1 after he coughed up that slug thing. In the new trailer, Will walks outside and red lightning is in the sky. As the lightning flashes, Will sees a massive, six-legged creature. The inter-dimensional dream stops when Mike comes out and confronts him. There’s actually multiple points in the trailer where Will is experiencing the Upside-Down. Expect this to be a recurring theme in the new season.

The government is still watching

Will’s mom takes him to the doctor’s office. In the shot Will has bandages all over his face. The trailer reveals that this room and conversation is being video taped and monitored. There are men in a room with magnetic tape machines who are listening in on the conversation. A new character will be in the mix

Their is a person in red during the classroom scene. This is assumed to be Sadie Sink‘s new character Max. She doesn’t look too happy about being there. This means that another girl may be in the mix. Will Mike fall for her too? Will Eleven get jealous if he does? Ooh the potential drama!

Our favorite bald-headed character is back! And of course her nose is still bleeding. It appears that she is still stuck in the Upside-Down version of the school. The clip shows her making her way down the hallways and finding a portal between dimensions.

Overall, we can’t wait for the upcoming season of Stranger Things. This trailer offered a very insightful look into the new season. I think The Duffer Brothers have a lot in store for the second chapter. Stay tuned for more from Tech4theWin.