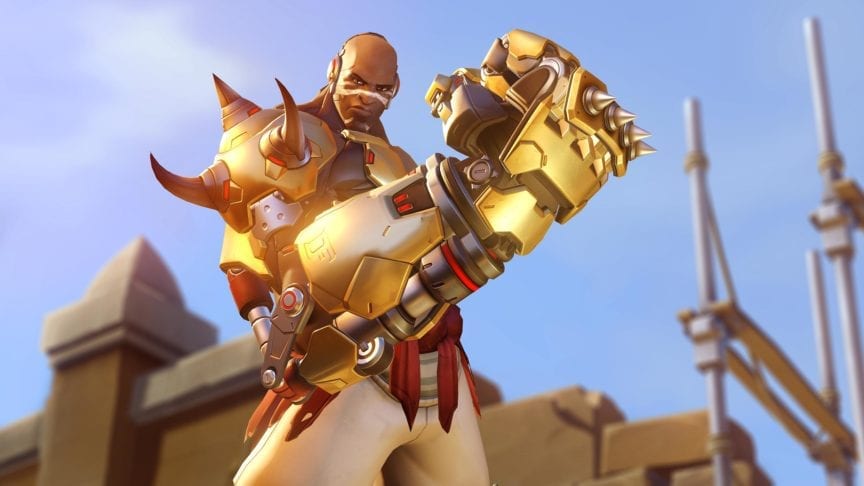 Blizzard began test server play on Thursday, July 6th for a new playable character: Doomfist. He is an offensive champion that excels at mobility.

Doomfist has been a anticipated character by Overwatch players since his first mention in the game’s original cinematic trailer. His real name is Akande Ogundimu and features an oversizes cybernetic glove. He is in the assault class of heroes and can fire a short-range weapon similar to a shot-fun spread. Doomfist also has a powerful ground pounding attach named Seismic Slam, Rising Uppercut ability and a potent Rocket punch that slams players into walls.

His ultimate ability is called Meteor Strike. When activated, Doomfist will jump in the air and forcefully smash down below him to deal massive proximity damage to enemies.

Doomfist is currently only available for PC players on the public test realm. He will be rolling out to console players in the next few weeks