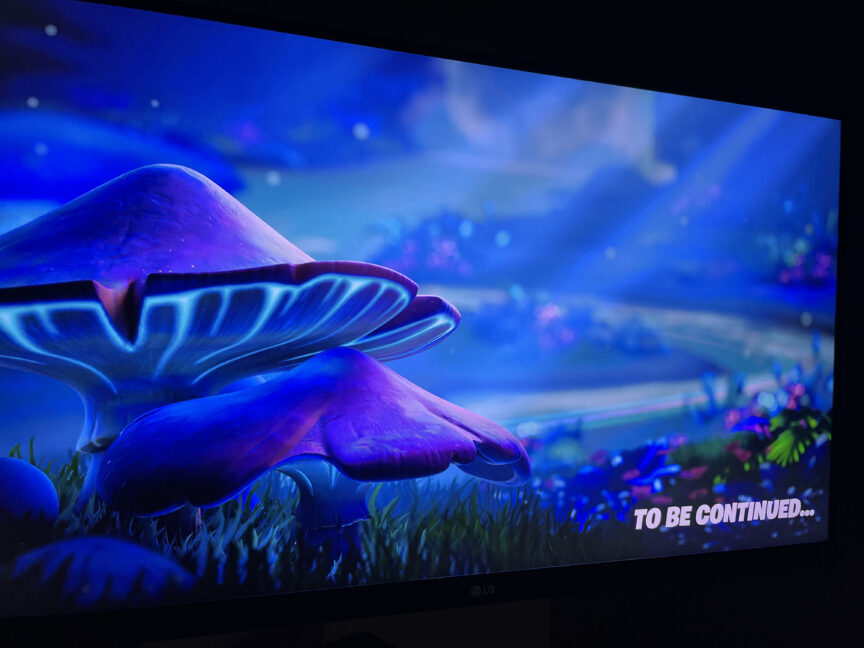 After weeks of anticipation, the live event for Fortnite Chapter 3 Season 2 is over. Players currently cannot play as the servers went down on Saturday, June 4th. If you missed the Collision live event, the ‘to be continued’ message appearing on the home screen is probably confusing and why you are searching for answers.

It’s bad news for gamers that have jumped on to Fortnite to play some weekend games. It thankfully it does mean that the beginning of a brand new season is coming soon. Epic Games has confirmed the release of Fortnite Chapter 3 Season 3 for this Sunday.

Anyone else just enjoying the lofi music after The Collision event? #FortniteCollision #Fortnite pic.twitter.com/n06LUcAmIT

What does “to be continued” mean in Fornite?

If you’ve attempted to log into Fortnite today and been met with the “to be continued” message, this is due to a recent live event. The ‘Collision’ live event took place on Saturday, June 4th and marked the end of Chapter 3 Season 2.

Fortnite is now down before Chapter 3 Season 3 begins on Sunday, June 5th. In the meantime, there’s nothing to do except wait. The “to be continued” message will only disappear once maintenance has been completed and Season 3 begins.

Instead of the normal two-to-three hour server outage, the game is taken offline for anywhere between 12 to 36 hours depending on the situation.

When will Fortnite servers be up and running for Chapter 3 Season 3?

The “to be continued” downtime is expected to last for about 12 hours. A Sunday launch means maximum players, so Epic Games is likely to complete the update latest by 6am EST.

If this timeline holds true, leaks should start coming through sometime around 04.00 AM Eastern Time. However, depending upon the complexity of the changes that have to be implemented, things may take longer. That being said, the deadline for a Sunday launch for Fortnite Chapter 3 Season 3 is strong.

vibin’ – beats to vibe to

Right now there’s nothing to do but sit back and enjoy the cool beats.